The basic theory of flight

Have you ever wondered how airplanes fly?

Well, it’s no secret, thanks to the students from Leslie Thomas Junior High, who built our ‘Basic Theory of Flight’ exhibit.

The ‘Basic Theory of Flight’ interactive exhibit demonstrates the science and the basic principles of flight. Visitors to the Museum will learn about the four main forces involved in flight – Lift, Weight, Thrust, and Drag.

The three axis of flight, Pitch, Yaw, and Roll are also on display along with an explanation of how wings are designed to best take advantage of lift.

Visitors will also learn why people like Leonardo Da Vinci, Sir Isaac Newton, Otto Lilienthal and Daniel Bernoulli were considered the forefathers of the theory of flight. 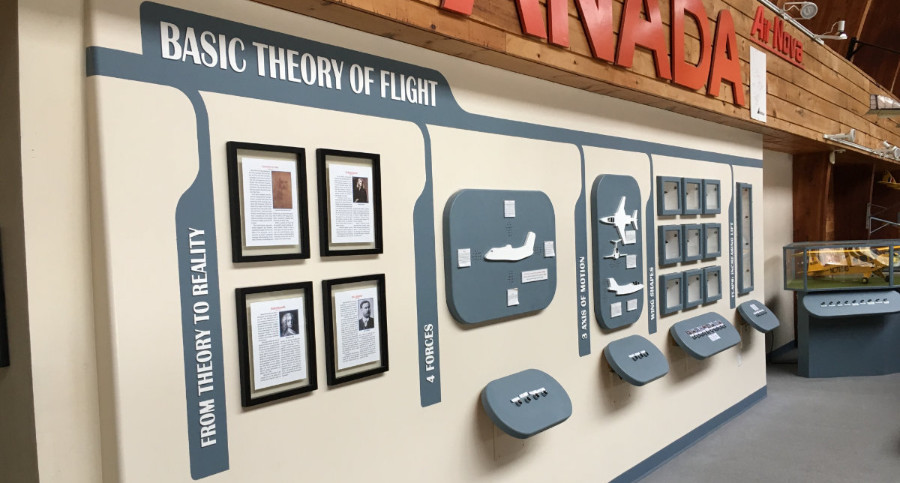