Come and enjoy some fun photo opportunities and see inside at just how it would have been to fly in some of our very own aircraft flight simulators. Kids especially will have great fun taking the controls and pretending to soar through the skies in our BAE 146 whilst you Mom’s and Dad’s can snap some great shots.

Or why not simply marvel at how our very own Argus and RAF Link Trainer simulators were once used to instruct pilots in how to fly blind in weather conditions of very poor or almost no visibility at all.

On display at our Museum is the cockpit section of the Tactical Crew Procedures Trainer (TCPT). This trainer was developed to coordinate the back-end crew with the flight crew for operational effectiveness. The rear two sections, where all of the sensor operators would perform their duties, are on loan to the Greenwood Aviation Museum where they have restored them to their former glory.

The Link Trainer was developed to train pilots in blind flying. It has a small cabin for the pilot trainee to sit in and is moved by motors and bellows to give the feeling of flying motion. The flight is followed on a table by a plotter crab that traces the path of the pilot. The Link trainer was used to test potential pilots’ skills to see if they had what it took to be a military pilot.

The Museum’s Link Trainer was last used by the Halifax Flying Club. 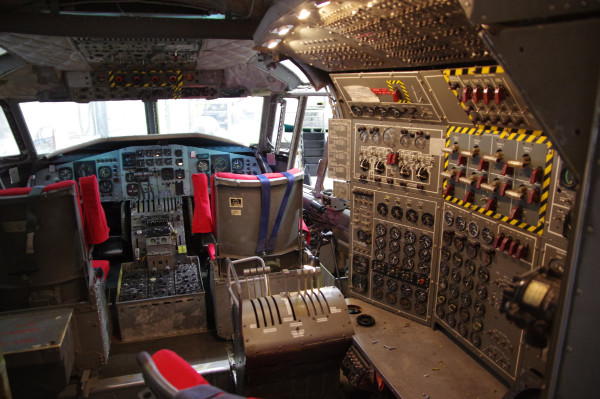 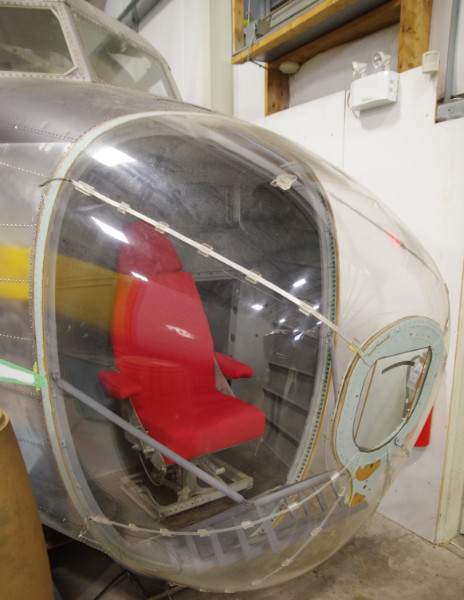